Things to Do at Hollywood Studios 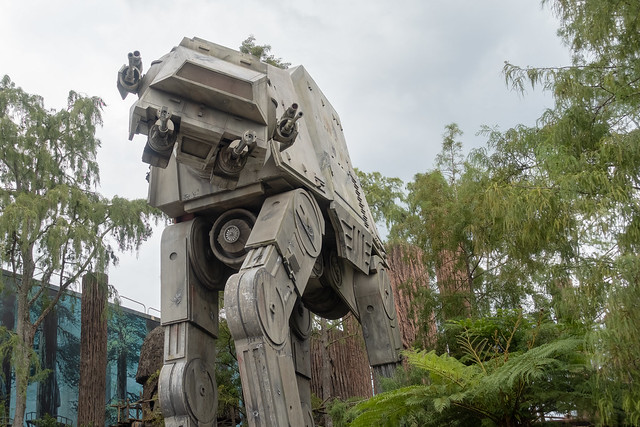 Hollywood Studios is at an interesting crossroads currently, and it may feel that way when you visit.

It was originally conceived as a throwback to old school Hollywood, with a focus on a breadth of movies. It’s been evolving more to be Disney/Star Wars/Marvel-centric in movie focus, so there’s kind of a mishmash of things going on. Rides and other entertainment have been closed down at the park recently to make way for Star Wars Land and the completion of Toy Story Land, so the theming feels a little strange to me as they work to integrate all of this.

This is highly dependent on what you do and don’t like. It’s aces for some thrill rides and has some of our favorite themed restaurants, but if you are not a Star Wars fan, it might get on your nerves – and I say that without Star Wars Land even being open yet. (Examples: Storm Troopers march through in parade 5-10 times a day with the music playing over the park speakers.) They are cashing in on that purchase, and will be for many years.

The park is divided into sections, with a Main Street-like feel when you first enter. You can then branch off to the left for Star Wars-focused things, and then down and to the right is Toy Story Land along with some thrill rides.

FastPass+: You probably won’t need one, but check crowd levels

Roller coaster fans, rejoice. This ride has you corkscrewing in the dark, racing along the streets of Los Angeles to get to Aerosmith’s gig on time.

Fun fact: The coaster launches you right at the start from 0 to 57 mph in 2.8 seconds. The momentum from it carries you for the rest of the ride.

Don’t be put off by the Pixar-themed ride – this one is a ton of fun. You and a partner pile into a car and sit next to each other, and you each have your own contraption in front of you. Pop on your 3D glasses, and you’re whipped along a track that will stop for you to play a game on the screen, using the shooter in front of you to break virtual plates and all kinds of other things to get the highest score. It’s fun, fast-paced, and highly clever. I haven’t met a person yet who doesn’t love it, which is also why you’ll have to FastPass+ it! 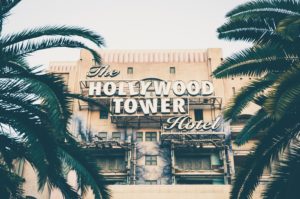 This is another crowd-pleaser for folks who like thrill rides. You check in to a haunted hotel, where you board an elevator that then goes through series of rising and falling in the elevator shaft. The line queue theming is AMAZING, and it’s a great ride for people who are a fan of intense, long, straight-down drops.

Personally, I was so motion sick after I did it the one time, I felt crappy the rest of the day and have never done it since. That said, I do appreciate the feat of the ride and wish my body could handle it!

Type: Screen simulation with movement in a room-sized capsule

FastPass+: This varies. You used to not need one, but with Star Wars mania going strong your mileage may vary

When I was younger, Star Tours felt very intense because it was really one of the first of its kind. Nowadays, it’s still thrilling and fun, but it won’t feel overly intense. I mentioned with Toy Story Mania you don’t really have to be a Pixar fan to love the ride, but that might be a little different with this one. It’s a super-fun simulator, but it’s 100% Star Wars on the story line, the wait queue, all of it. So, if it’s not your thing, I don’t know that this one is worth it to you.

If you’re not a huge Star Wars fan, I think you’re safe to skip a long line, and I wouldn’t use a FastPass+ for it in particular.